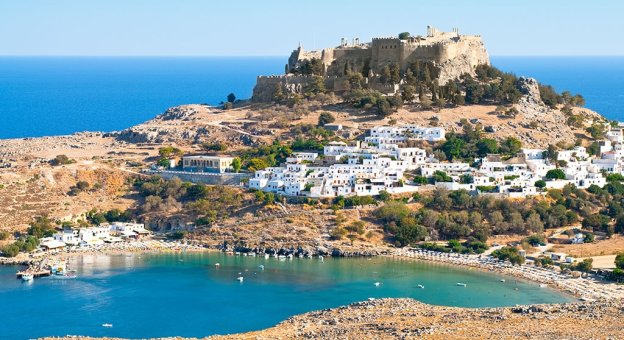 Lindos combines relaxation and intense life in the summer months.
And also the journey into the past with the natural beauty and wonderful beaches.
Lindos is one of the most popular destinations on the island, because as already said, it combines the natural landscape with monuments from antiquity and the Middle Ages in a traditional village.

The Acropolis of Lindos (offers one of the most beautiful sights of the sea) is classified as a monument, like the old town of Rodos, and as a result receives thousands of visitors each year.
Acropolis is a hill accessible by foot or by donkey. Lindos village has its own unique character with the white houses beneath the acropolis. But the attention of any visitor is being caught by the famous mansions, their date of construction being engraved in their front doors.

Some of these beautiful houses have been converted to luxury apartments, restaurants and cafes.
Those mansions belonged to the captains of the 17th-18th century.

Above the modern town rises the acropolis of Lindos, a natural citadel which was fortified successively by the Greeks, the Romans, the Byzantines, the Knights of St John and the Ottomans. This makes the site difficult to excavate and interpret archaeologically. The acropolis has views of the surrounding harbours and coastline.

On the acropolis of Lindos today parts of the following buildings may still be seen:
Rhodian trireme

The Doric Temple of Athena Lindia, dating from about 300 BC, built on the site of an earlier temple. Inside the temple is the table of offerings and the base of the cult statue of Athena.

The Propylaea of the Sanctuary, also dating from the 4th century BC. A monumental staircase leads to a D-shaped stoa and a wall with five door openings.

The Hellenistic stoa with lateral projecting wings, dating from about 200 BC. The stoa was 87 metres long and consisted of 42 columns.
The well-known relief of a Rhodian trireme (warship) cut into the rock at the foot of the steps leading to the acropolis. On the bow stood a statue of General Hagesander, the work of the sculptor Pythokritos. The relief dates from about 180 BC.

The Hellenistic staircase (2nd century BC) leading to the main archaeological area of the acropolis.
Remains of a Roman temple, possibly dedicated to the Emperor Diocletian and dating from about 300 AD.

The Acropolis is surrounded by a Hellenistic wall contemporary with the Propylaea and the stairway leading to the entrance to the site.
A Roman inscription says that the wall and square towers were repaired at the expense of P Aelius Hagetor, the priest of Athena in the 2nd century AD.
The Castle of the Knights of St John, built some time before 1317 on the foundations of older Byzantine fortifications.

The walls and towers follow the natural conformation of the cliff. A pentagonal tower on the south side commanded the harbour, the settlement and the road from the south of the island.

There was a large round tower on the east facing the sea and two more, one round and the other on a corner, on the northeast side of the enceinte. Today one of the towers at the southwest corner and one to the west survive.

The Greek Orthodox Church of St John, dating from the 13th or 14th century and built on the ruins of a previous church, which may have been built as early as the 6th century. 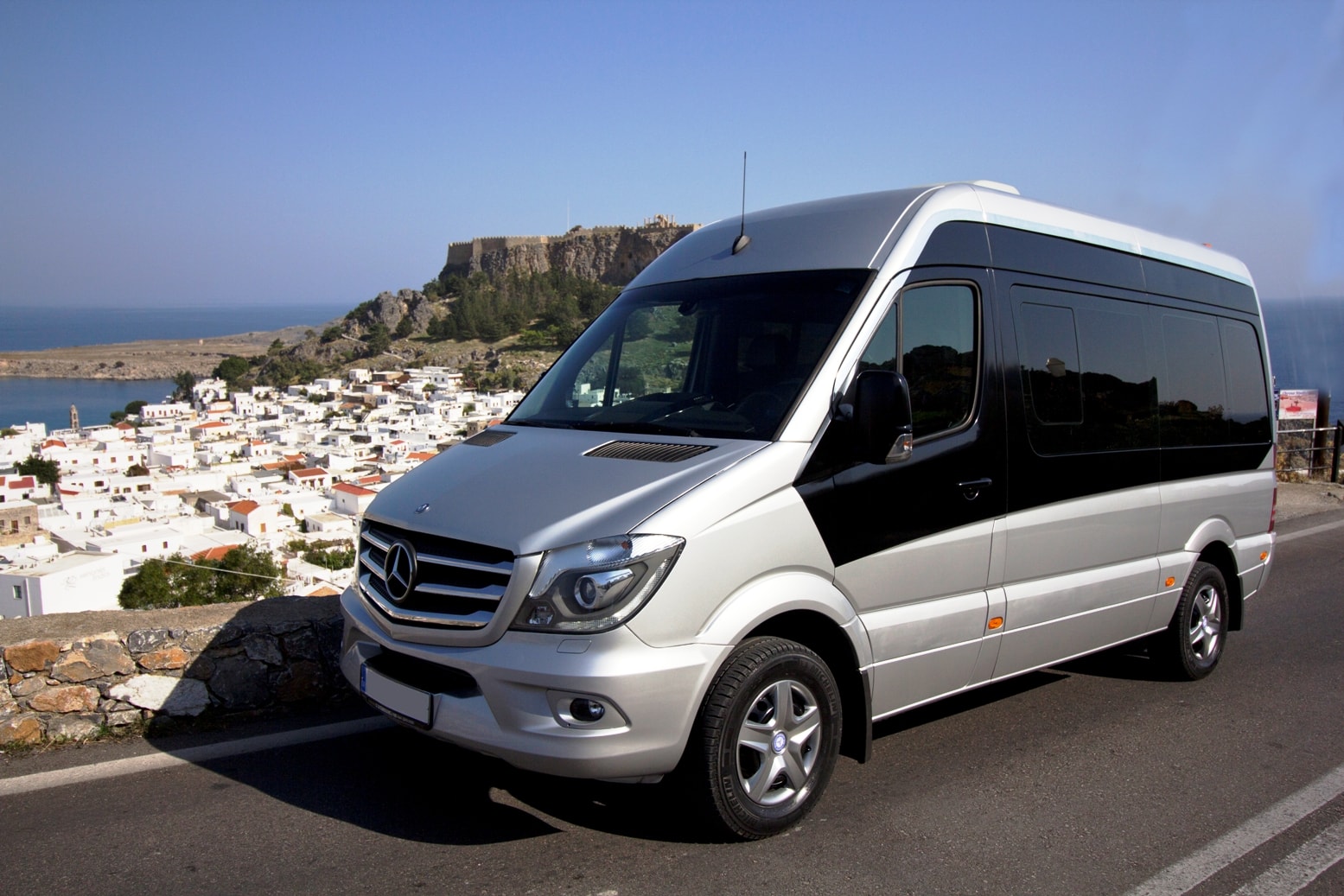 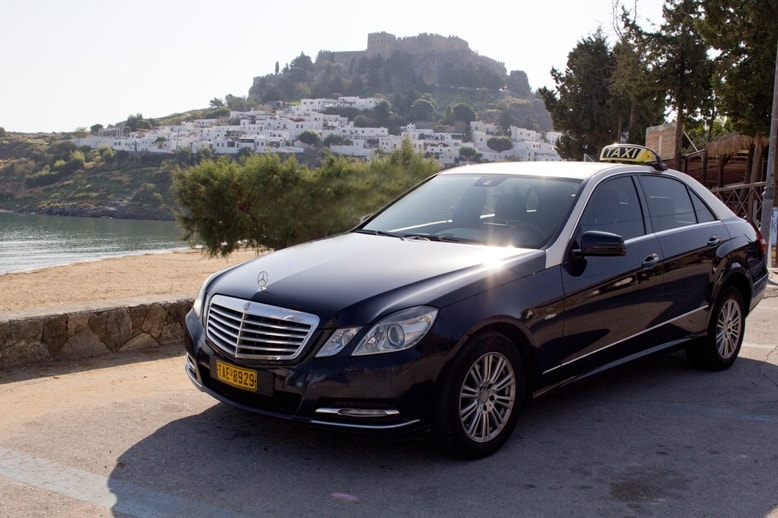